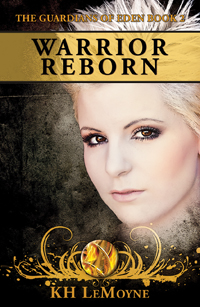 How far would you go to save the ones you love?

Having successfully hidden her abilities from humans for two hundred years, Briet applies her Guardian gifts to help patients in need. Until she meets her human soul mate, Jason Ballard, who holds the reins to the Briet's patients' cancer protocol. Can she trust a man all too human and grounded in his world to understand hers? Yet, when a deadly threat targets her patients, he is the only one she trusts to help stop an evil that only the Guardians can fight.

Rules delineate every facet of Jason's professional and personal life. The last thing he expects is to find temptation in the new spitfire doctor on his latest test team. Especially as she starts stirring up issues. Dangerous issues. Issues flagging jeopardy for the lives of the children in the test. Issues his employer, would prefer be ignored. Honor forces Jason to walk a dangerous line between job and conscience as he joins with Briet to ferret out the twisted scheme in time to save her patients. In a final life-altering decision, he will risk every careful plan he's ever made for the woman he values more than life.

THE GUARDIANS OF EDEN: A race of beings created in a Sanctum at the far edge of Eden. Co-existing with mankind, they safeguarded human souls and the promise of eternity--until a virus killed all over the age of eighteen. The surviving children fled to the Sanctum for protection, children raising children without the full legacy of their history and knowledge. Two hundred years of solitude have produced a race of semi-immortals fortified with powers and intellect but lacking the mates who will make them whole and allow them to fulfill their covenant with mankind. 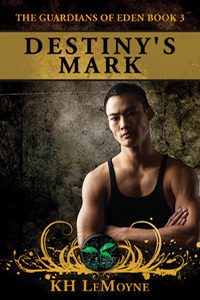