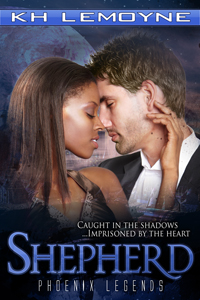 In a race against time, the Down Below underground network plans for the rescue of one of their own from the Regent death squads. The success or failure of their plan hinges on the loyalty of a deadly former Regent guard and one of the most brilliant and dangerous weapon’s designers in New Delphi’s history.

PHOENIX LEGEND SERIES:
Earth Date 2178 A.D. - One hundred and fifty years after genetically enhanced crops and livestock decimate the Earth with a lethal bacterial strain of Salmonella only twenty percent of the world’s population remains.

Small pockets of civilization flourish, supported by computerized technologies and vaccinations against the bacteria, the new cities built over the ruins of the previous age. Regents, the owners of the technology, govern the interests of their individual cities—shining examples of progress and advancement. The Down Below rebel network of New Delphi is here to counter the most horrific atrocities enacted in the name of progress.