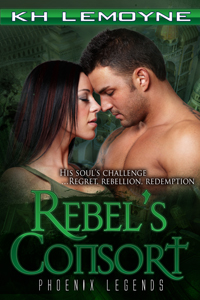 Analena Maresco - Code Name: Piper
A cyber-enhanced arm gives Analena an edge, a weapon to rescue children held as organ replacements for the governing Regent’s personal use. Supported by the renegade network and augmented by her unique skills, she straddles the line between rebellion and anarchy. To save the children, she risks both.

Trace Boden - Code: Name: Onyx
A former Regent surgeon, Trace hides in the city ruins beneath the New Delphi Capital super structure. Providing medical advice, instruction and supplies via the Down Below renegade cyber network, he operates in anonymity, slowly paying back the debt for his part in the Regent’s atrocities. Yet, Piper’s call is one Trace can’t refuse. Exposed to save a child, he risks everything in a confrontation with Analena Maresco, the woman who can destroy his life forever.

PHOENIX LEGEND SERIES: Earth Date 2178 A.D. - One hundred and fifty years after genetically enhanced crops and livestock decimate the Earth with a lethal bacterial strain of Salmonella only twenty percent of the world’s population remains.

Small pockets of civilization flourish, supported by computerized technologies and vaccinations against the bacteria, the new cities built over the ruins of the previous age. Regents, the owners of the technology, govern the interests of their individual cities—shining examples of progress and advancement. The Down Below rebel network of New Delphi is here to counter the most horrific atrocities enacted in the name of progress. 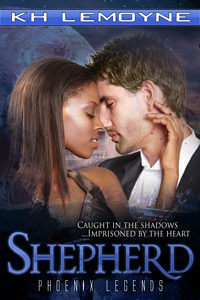